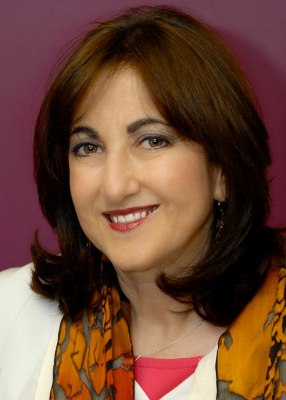 Rabbi Susie Heneson Moskowitz is the Senior Rabbi of Temple Beth Torah in Melville.  She brings warmth and creativity to our community.   She teaches adults and in our Religious and Nursery Schools.   Rabbi Moskowitz officiates at all of our services and life cycle events.  She is involved in every aspect of synagogue life.  She works hard to connect congregants to each other to create an inviting congregation.

Rabbi Moskowitz began at Temple Beth Torah in 1996 as our Rabbi Educator and then became our Associate Rabbi.   She established Mishpacha University our family school. 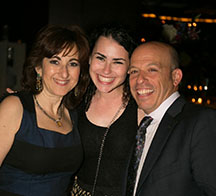 Prior to coming to TBT, Rabbi Moskowitz was a Family Educator at the Reconstructionist Temple of the North Shore, where she implemented one of the first UJA-Federation Continuity grants.  She began her career as the Assistant Rabbi at Temple Beth El of Great Neck.

A 1986 graduate of Duke University, Rabbi Moskowitz was ordained as a rabbi from the Hebrew Union College- Jewish Institute of Religion in Cincinnati in 1991.  She has a certificate in Family Education from The Board of Jewish Education of NY and is a Spiritual Director.

Presently, Rabbi Moskowitz in on the board of the NYBR – The New York Board of Rabbis and is immediate Past President of LIBOR – The Long Island Board of Rabbis and a board member of M’Yad L’Yad – Helping Hands.   She is involved in The Jewish Education Project’s Game Changer.    She was on the executive board of the WRN – the Women’s Rabbinic Network,  a member of the Board of Education of SSDS of Nassau County and chairperson of UJA’s LIRAC – Long Island Rabbinic Advisory Council.   She is on the faculty of URJ’s Eisner Camp in Great Barrington, MA.  She is a 500 hr certified yoga instruction and is known for having created a Kabbalah Yoga Service that she has presented at conferences around the country.

A native of Baltimore, MD Rabbi Moskowitz resides in Huntington, NY with her husband Rabbi Steven Heneson Moskowitz, rabbi of the Congregation L'Dor V'Dor.   She has two children, Shira and Ari. 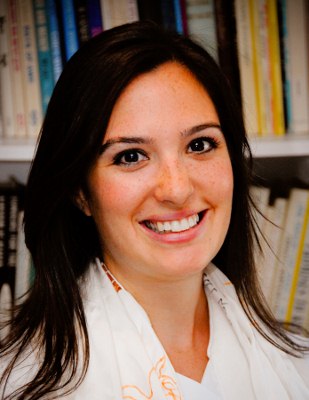 Rabbi Rachel Wiesenberg is the Associate Rabbi of Temple Beth Torah. Along with directing our Religious School K-7, she also coordinates our Jewish Teen Vibe (JTV) programming, aids in lifecycle events and leads us in prayer. Rabbi has been serving TBT since 2010.

Her passion for working with Jewish Youth was nurtured through her experiences as both camper and counselor at Eisner Camp in Massachusetts, as well as through her work with Panim in Washington D.C. and Birthright Israel.

Prior to coming to Temple Beth Torah, Rabbi Wiesenberg served as the Family Life Programmer of The Shelter Rock Jewish Center in Roslyn and as the Student Rabbi for The North Fork Reform Synagogue in Cutchogue.

Ordained in 2009 by Hebrew Union College-Jewish Institute of Religion in New York City, Rabbi Wiesenberg fed the Hungry of New York and her passion for Tikkun Olam as the Sous Chef and then Executive Cook of the HUC-JIR Soup Kitchen. Along with issues of Hunger and Homelessness, she is also an avid supporter for the restoration of New Orleans, Women of the Wall, and Project Understanding, which she led in February 2013.

Rabbi received her B.A. in Jewish Studies from Hofstra University, where she was active on campus –  serving on the Executive Boards of HU’s Hillel, Jewish-Greek Council and Delta Phi Epsilon International Sorority.

Raised in Milford, Connecticut, Rabbi Wiesenberg lives in Merrick with her husband, Jonathan, their sons, Hunter and Reed, and their “dog-ter”, a hound mix named Rally.

Sarene Appelbaum joined the clergy of Temple Beth Torah as Cantor in July of 2011. Prior to becoming a part of the TBT family, Sarene served congregations in Florida, Maryland, and South Carolina.

Sarene’s connection to Jewish music began at a very young age with songwriting and solo performances. Her first award-winning composition, written and performed in 2nd grade for Temple Beth Shalom of Florida, New York, was “Mommy, Mommy, look at me, me and Judah Macabee.” Her exploration of Jewish music went on a hiatus while she pursued her interest in secular music and completed a degree in music business/vocal performance at William Paterson University in New Jersey. Sarene performed on stage in New York, New Jersey, and South Carolina in many genres including classical, musical theater, and solo singer-songwriter.

Sarene studied music education at the University of South Carolina and has taught general music in both public and private schools. Sarene has mentored with several Cantors and was invested as a Cantor in 2016 in the first cohort of the Cantorial Certification Program at the Debbie Friedman School of Sacred Music of Hebrew Union College. Sarene is a prolific composer of both Jewish and secular music. She loves her work both on and off the pulpit and thoroughly enjoys tutoring our students in the B’nei Mitzvah program.

Cantor Appelbaum was born and raised in Warwick, New York and now lives in North Babylon with her dogs Olive Boo Bear and Goose.

Rabbi Marc Gellman is the Rabbi Emeritus of Temple Beth Torah in Melville, New York where he has served since 1981. He was the youngest rabbi ever ordained by Hebrew Union College and the only person to complete the six-year rabbinical program in two years of residence.

Rabbi Gellman earned his Ph.D. in Philosophy from Northwestern University in 1981 where he also served as the director of the B’nai B’rith Hillel Foundation. While at Northwestern, he also completed doctoral course work in the History and Literature of Religions specializing in Buddhism and Judaism. He is the recipient of many honorary degrees.

Rabbi Gellman has served on the faculties of Antioch College, Northwestern University, and Hebrew Union College, lectured at Princeton and Amherst College, and was invited to lecture on the ethics of assisted reproductive technologies during Grand Rounds of the Harvard Medical School. He has delivered many invited lectures and was an invited participant at the World Economic Forum in Davos, Switzerland. He has contributed academic papers to the Annual of the American Psychiatric Association, The Journal of the US Commission on Civil Rights, and other academic and opinion journals. He was invited to contribute to the collection of essays on the State of Jewish Belief by Commentary Magazine.

Rabbi Gellman was the Chairman of The Medical Ethics Committee of UJA-Federation, and has served on their board of trustees. He was president of The New York Board of Rabbis during the attack on New York in 2001 and delivered one of the keynote speeches at the Memorial Service in Yankee Stadium on September 23, 2001.

He invented and developed the literary field of modern midrash for children when he served as Contributing Editor of Moment Magazine and he has published two collections of these modern bible stories for children: "Does God Have A Big Toe?" which was selected as one of the outstanding children’s books of the year by the New York Times, and other periodicals, and "God's Mailbox." Rabbi Gellman published, "Always Wear Clean Underwear (and other ways your parents tell you they love you)." and its sequel, "Someday You'll Thank Me For This".

His book, with Monsignor Hartman, "Where Does God Live?" was awarded The Christopher Award, and they also published, "Lost and Found: a child's guide to overcoming grief and loss," and "How Do You Spell God?" This is an introduction to world religions for young people with a forward by the Dalai Lama. An HBO animated special for children based on this book was awarded The George Foster Peabody Award. Rabbi Gellman and Msgr. Hartman also published, "Religion for Dummies."

Rabbi Gellman writes a weekly column, "The Spiritual State," for Newsweek Magazine, which appears online at Newsweek.com. Rabbi Gellman also writes a nationally syndicated religious advice column that appears locally in Newsday. The readers of Newsday voted Rabbi Gellman and Monsignor Hartman the most outstanding leaders and activists of the last century on Long Island. Their daily television program, "The God Squad," was broadcast to over 15 million homes. They lectured widely and regularly appeared on many cable news programs.

Rabbi Gellman is also a member of the Golf Writers of America and is on the ranking panel of Golf Digest Magazine. He is the recipient of the Winnie Palmer Award from the Metropolitan Golf Writers of New York.

He is married to Betty Schulson of Chicago, and they have two children, Mara, and Max, and two grandchildren, Zeke and Daisy. They raise guide dogs for the blind.

Our Rabbi was a senior vice president at the National Yiddish Book Center in Amherst, Massachusetts, and has served pulpits in Northampton and Manhattan, while teaching at Smith College and The University of Massachusetts. He has a BA in Creative Writing from Northwestern University. His MA is from Hebrew University in Jerusalem.  He received rabbinic ordination at The Jewish Theological Seminary in New York.